The Japanese yen confirmed its safe haven status again. The previous correction was quite technical, as the market was trying to balance the USD/JPY pair without any significant fundamentals published. Now, the economic events are flowing into the market again, and the news are very much negative, which, as a rule, does influence the Japanese currency.

First and foremost, the markets are very wary about the 'trader war' between the US and China, which can start any time. The US government imposed some customs duties unilaterally against steel and aluminum a few weeks ago. Donald Trump said this was just for boosting the internal production and making the competition easier for the local manufacturers. Additionally, the US also imposed duties on the goods manufactured in China.

It did not take Middle Kingdom too long to respond, as recently a list of 100 US goods was published; these goods will be liable to customs duties if imported into China. As much as expected, this piece of news still caused a massive hunt for the safe haven assets, including the yen.

The markets are now considering whether these 'trade wars' will lead to some conflicts and daring moves involving other participants of the world trade process. It's all very quiet for Japan for now, as the US previously told they were ready to negotiate everything peacefully. Still, these are no more than just talk for now.

If the markets suspect any possibility of the world trade processes facing some issues, the yen may rise once more against the greenback. 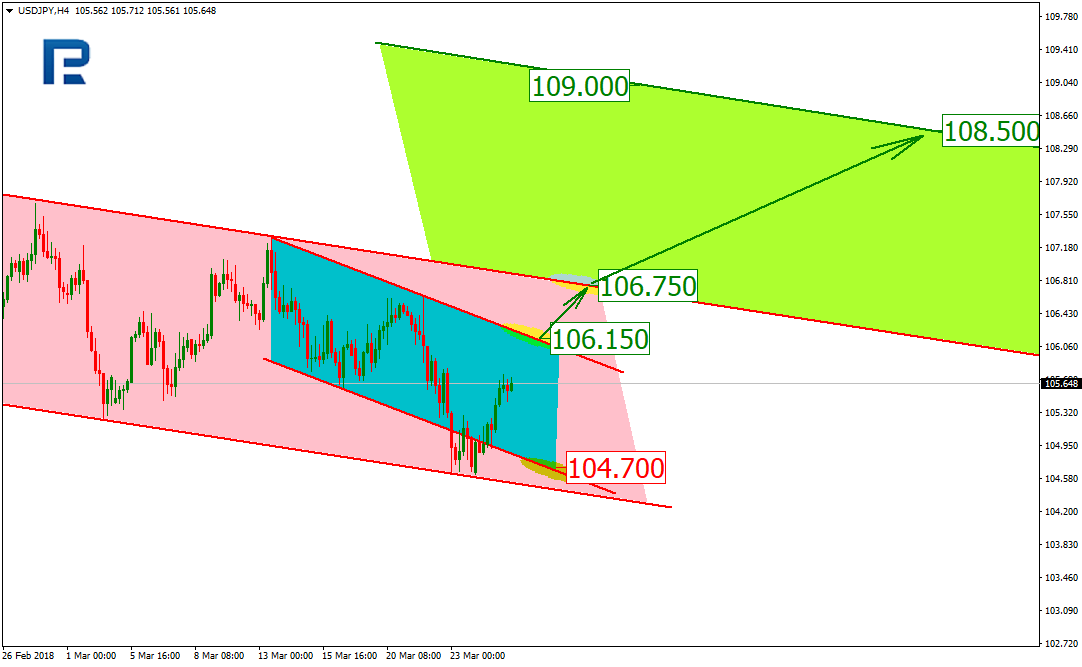 Author: Dmitriy Gurkovskiy, Chief Analyst at RoboForex
Disclaimer
Any forecasts contained herein are based on the authors' particular opinion. This analysis may not be treated as trading advice. RoboForex bears no responsibility for trading results based on trading recommendations and reviews contained herein.